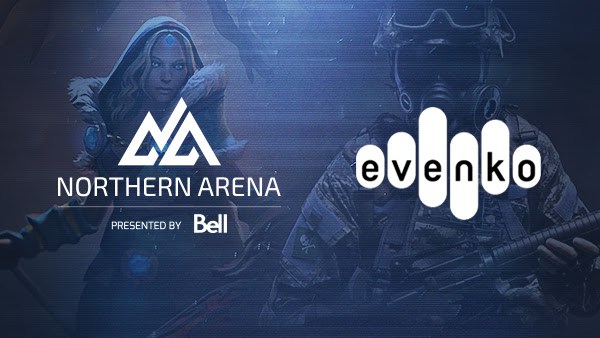 *preliminary tournament matches will be streamed online, only the finals will be held at the world-famous Bell Center for live spectators to watch.

Doors open at the Bell Centre, home of the Canadiens de Montréal on November 13th, 2016 for the Grand Finals at 2:00PM EDT. The Canadian League of Gamers and BEAT Gaming Corp. have partnered together to organize a $100,000 Dota 2 Tournament in Montreal.

The Northern Arena BEAT Invitational Montreal 2016 will host 8 professional Dota 2 teams who will compete for a total of $100,000 in prizes from November 11-13, 2016. The event will be casted by Moonduck Studios, who have worked on Dota 2 events such as The International, Captain’s Draft, and the Dota 2 Canada Cup. Eight of the world’s best CS:GO teams are headed to Montreal, Quebec in Canada to compete at the Northern Arena CS:GO Montreal LAN Finals presented by Bell for a prize pool of $100,000! Join thousands of fans for the finals on November 13th at the Bell Center to experience the action live and meet up with your favorite players and teams! Get your tickets today and don’t forget to check out the limited VIP Experience CS:GO package. The Northern Arena Gears of War 4 Canadian Qualifier Presented by Bell will bring together 8 of the top Canadian Gears of War 4 teams to Montreal, Quebec to compete for a single qualifying spot at the MLG Columbus Open on November 25-27. Winners of this qualifying tournament will receive $10,000 along with flight and accommodations to Columbus. Runner-up will receive a consolation of $5,000. The finals of this qualifier will be held in front of a live audience at the world-famous Bell Center on Sunday, November 13.