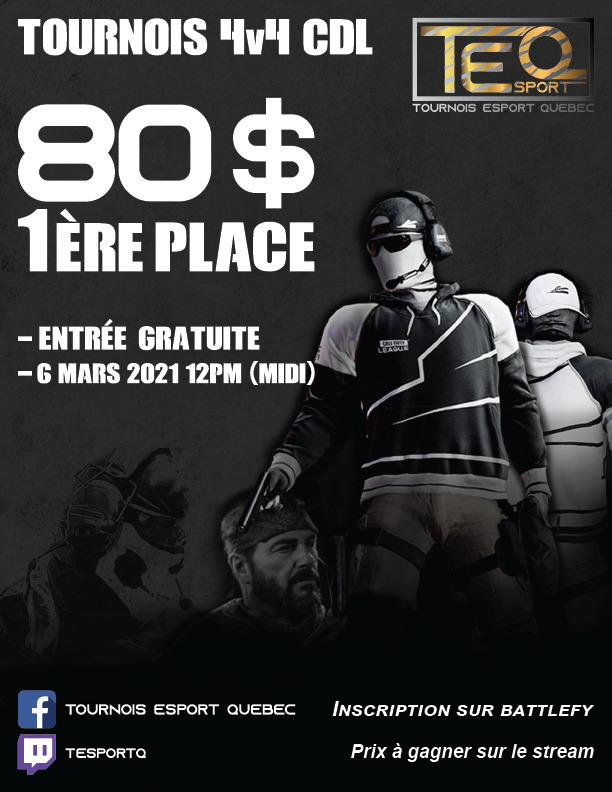 4v4  Call of Duty Cold War. The tournament is live streamed on twitch and commentated.

We use the plateform battlefy to create our brackets.

11h30 Time limit to check-in to the event on battlefy